The Inverted Pyramid in Journalism, Explained

The legendary article format, established in 1845, will help you write content quickly and well. 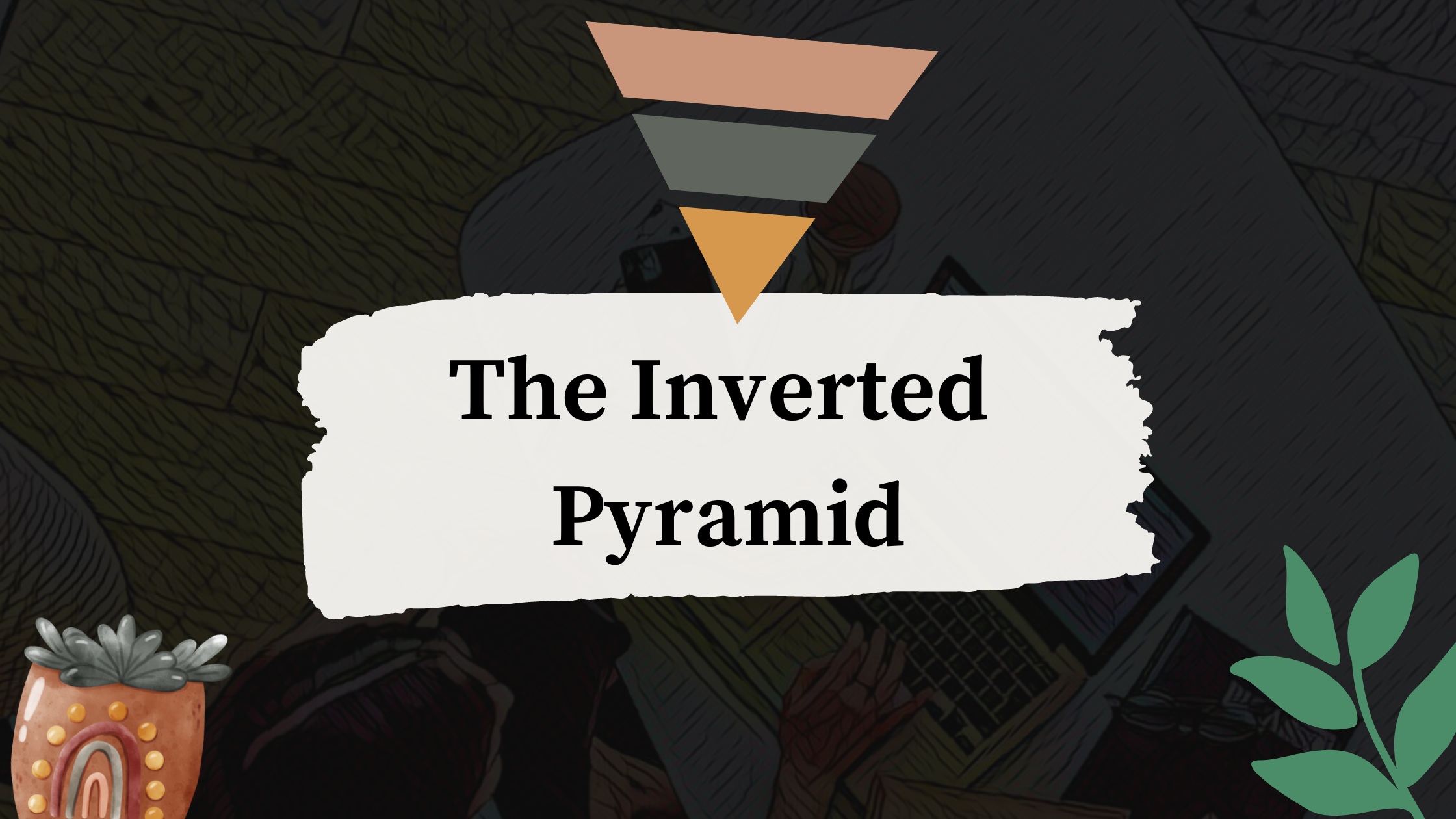 The “inverted pyramid” writing style is a tried-and-true news stories format that can help you organize your ideas, publish posts more quickly, and grab a reader’s attention.

Journalists and editors who report the news need to land key points in the first few sentences or first paragraph of a story. News writers are some of the best content creators on the planet, and often, their preferred format for educating the main point across to the general public is known as the inverted pyramid style.

Here’s what the inverted pyramid structure is and how to use it in your writing.

What Is the Inverted Pyramid?

The inverted pyramid style came about as a result of Samuel Morse inventing the telegraph in 1845. Since operating a telegraph meant dictating a story using morse code, it was important to communicate the most important information and attention grabbing elements of a story first to cut down on dictation time. 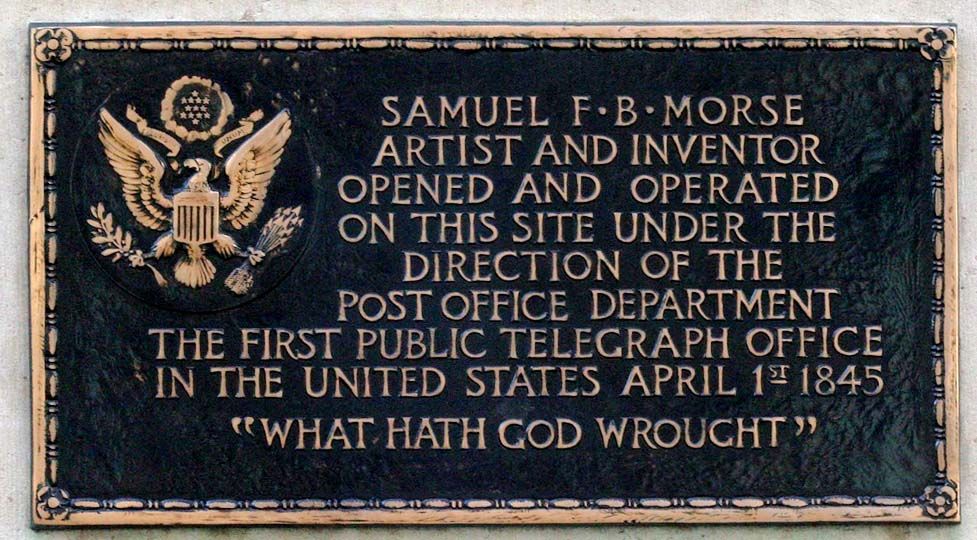 The key points were communicated in descending order by diminishing importance, with the least important information coming last. This approach minimized the chance that a disconnection would prevent news from being reported.

Here’s some good news: you don’t have to be creative or at the level of professional media writers when using the inverted pyramid format. The value you provide comes from your ability to organize essential facts, rather than the style or entertainment value of the story.

Inverted pyramid writing makes you land the main point in the first sentence or lead paragraph, and it will help you structure content in your other journalistic writing efforts.

Related: How to Write a Good Lead: 9 Winning Formulas

As you might expect, the inverted pyramid method is illustrated as an upside-down pyramid with three distinct sections: the lead, the body, and the tail.

Part one: the lead

The lead — sometimes spelled “lede” — contains the most important information in your article.

A lead has the essentials, the important details, communicated in the first words or first sentences of the article to land a single point. You are front loading details into the lead paragraph, or even the first sentence.

Many consider the lead to be the most challenging section of an article to write, because it forces you to be very clear about your main point or central idea. Readers love a good lead, and search engines do too.

If you write content, learning how to write a news lead will strengthen your ability to deliver clean, clear writing.

Although the inverted pyramid refers to news writing or web writing, it can apply to other articles or stories as well. A lead communicates the essential information of a story through the ABCs of journalism: accuracy, brevity, and clarity.

Detailed explanations are for essay writing; in a lead, we want the main points explained in short paragraphs to keep the story moving.

What should go into a lead?

Some other details to consider in a lead can include:

I recommend checking out and bookmarking the Associated Press’ Business Highlights page. The Associated Press (AP) is famously down-the-line in its news writing, and these posts include 6-12 leads in a row about various global business news.

Here is an example. This paragraph is the entire story — notice how succinct it is.

Notice how the reporter arranges the who, what, where, when, why, and how into short sentences to help readers understand the events of the day without needing detailed explanations.

The body of your story gives additional supporting details about your story, but if the reader were to not have these details, they would still have a grasp of what the story is about.

The body might take place in the opening section of your article, before the first subheadline, but after the initial lead sentence or lead paragraphs. It ultimately depends on the story structure and your writing style.

Once we reach the tail, the article continues on until it reaches its conclusion. The tail expands on the details or motivations explained in the initial lead with supporting details.

The tail can be one or several sections in length — again, it depends on story structure — and focuses on giving the reader the supporting details needed for them to comprehend a topic, feel inspired, and/or start taking action.

Related: Writing on Medium in 2023: The Ultimate Guide

Assume that readers will skim your article at first. By providing the most essential information in the beginning of the article, you’ll set them up to better understand what they’re skimming. They may reach the conclusion of your article and then decide to go back to the top for a deeper read.

Let’s look at an example of how news outlets publish in the inverted pyramid format to better explain how details are organized, using this news story that previously ran in the Columbia Missourian.

Police arrested a Columbia man in connection with an attack on his girlfriend Thursday night.

Johnson and his girlfriend began arguing over drugs Thursday evening, Columbia Police Sgt. Ken Hammond said. Johnson choked her and held a revolver to her head before she was able to escape and call 911 from a neighbor’s house, Hammond said. Three children, two 9-year olds and a 4-year-old, were in the home during the attack, Hammond said.

When Columbia police arrived, Johnson was driving away from the Greensboro Drive home with the three children in the car, Hammond said. When police arrested Johnson, they found marijuana and cocaine, Hammond said.

The victim was taken to an area hospital by ambulance for treatment of bruises and scratches to the hands, neck and back, Hammond said. Her injuries were not life threatening.

According to MissouriCase.net, Johnson has pleaded guilty to third-degree domestic assault three times in the past four years in Boone County Circuit Court, serving close to seven months in jail for those charges. He has also pleaded guilty to theft, first-degree trespass and second degree property damage in Boone County Circuit Court, serving 75 days in Boone County Jail for the theft charge and receiving two years of unsupervised probation for the trespass and property damage charges.

He faces up to 40 years in prison and up to a year in jail in connection with the attack.

In this article, the lead is front loading the details into the first two paragraphs. Together, the two communicate the absolute essentials of the story; you as a reader know what happened in just a few seconds. You could stop reading here and still be reasonably informed.

The next three paragraphs are the body. Notice that these details are still about the incident at hand. They provide the chronology of the incident in more detail, but stick to one scene.

Then, when we get into Johnson’s background and criminal history, we are in the tail. These paragraphs provide additional reading, more characterization, and depth to the story. Where the tail goes really depends on the writer’s style of writing and research.

The inverted pyramid structure is great for essay writing, news writing, or just getting your thoughts organized into a published article. 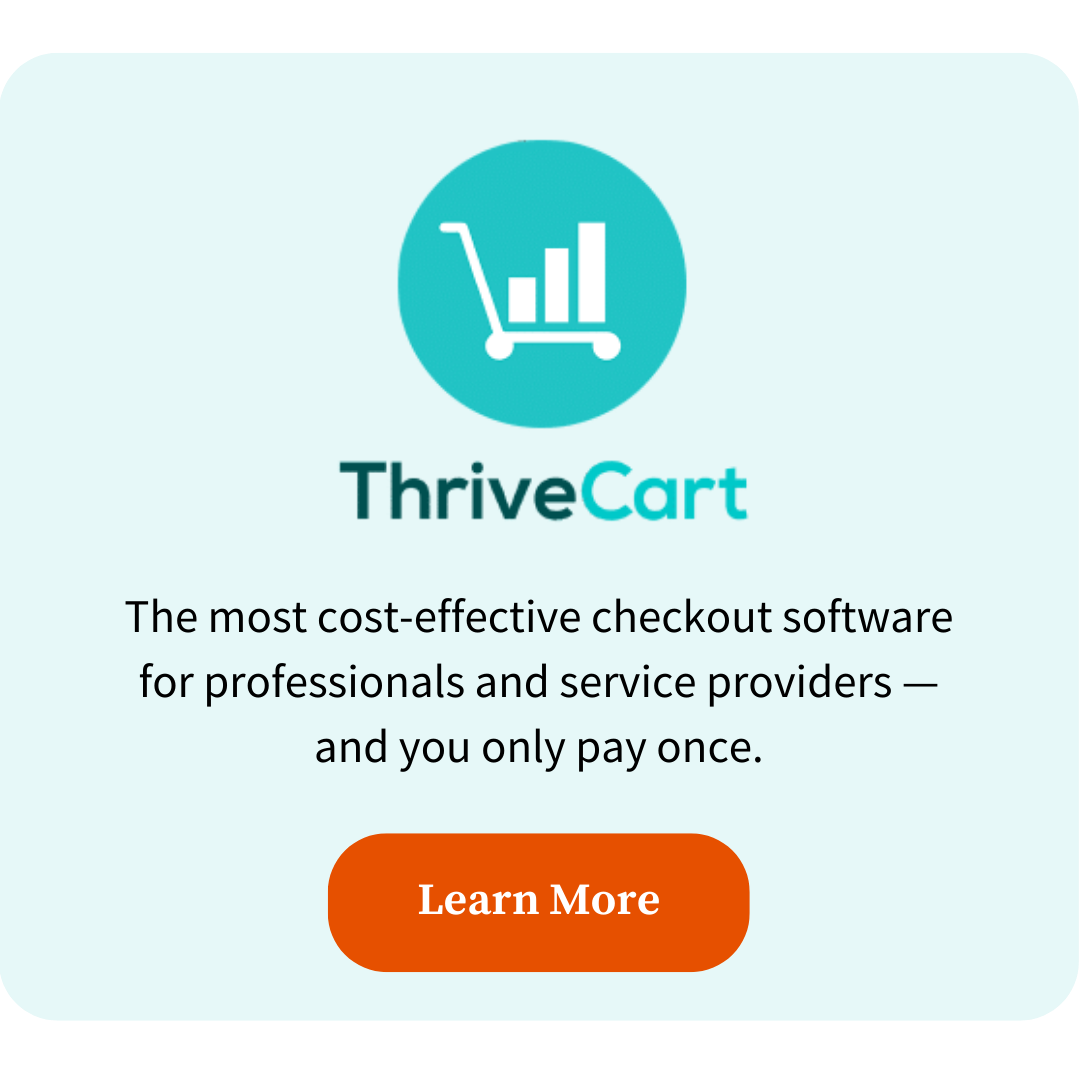 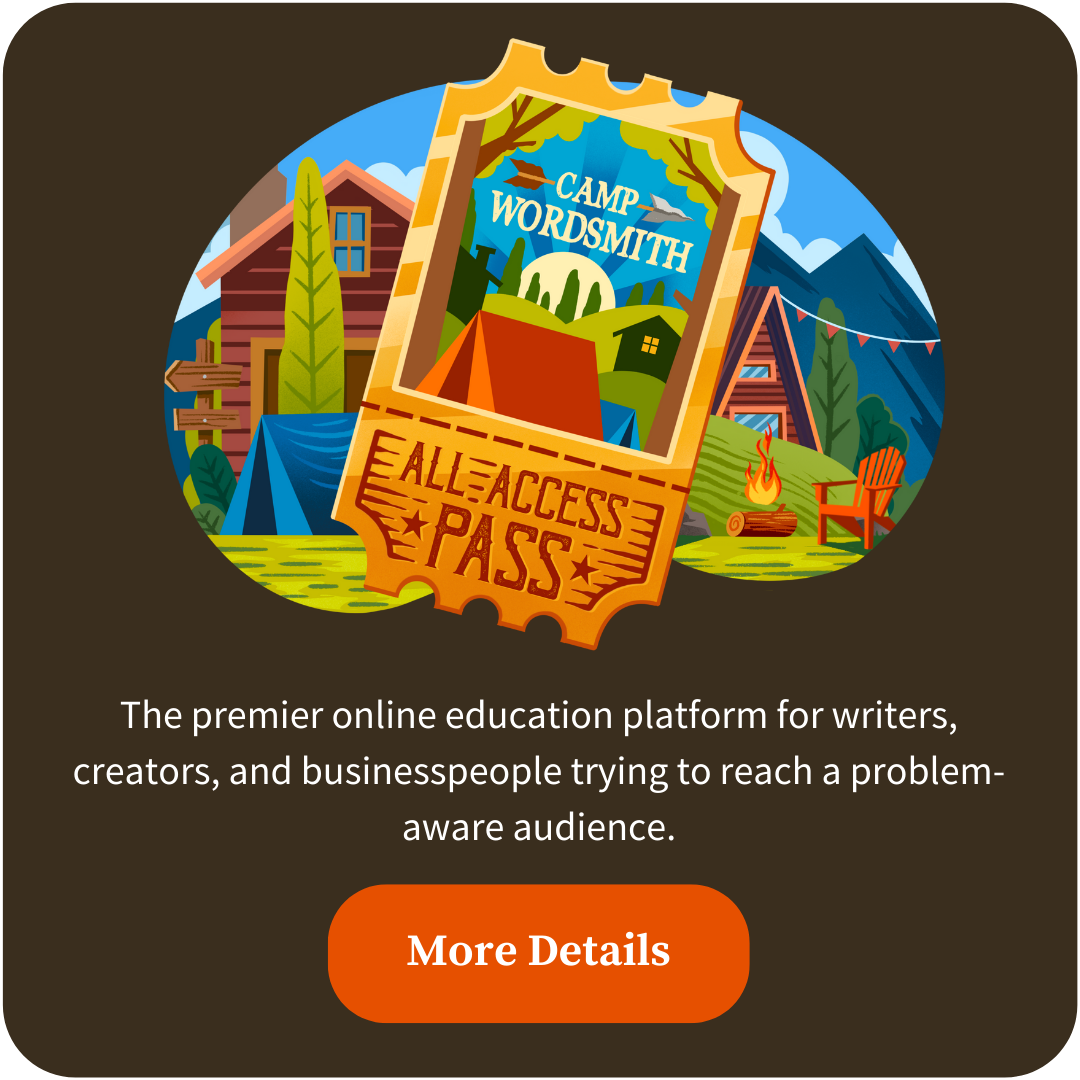