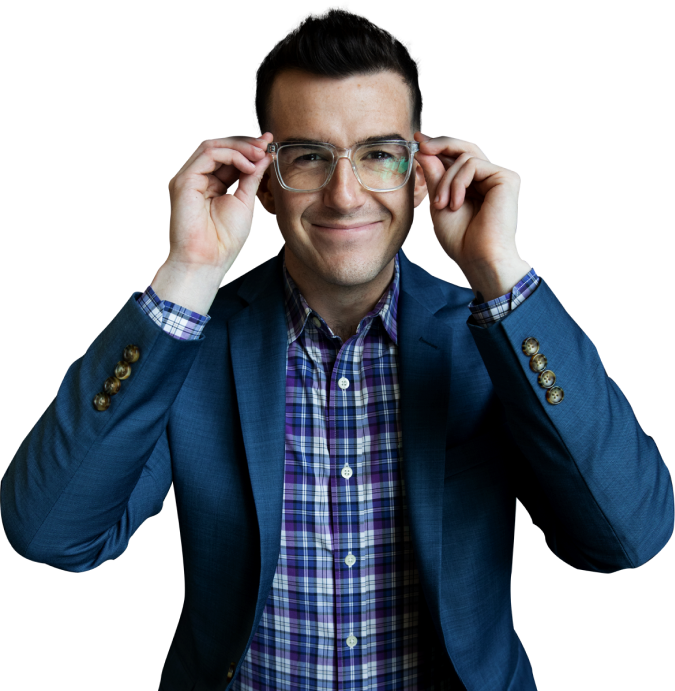 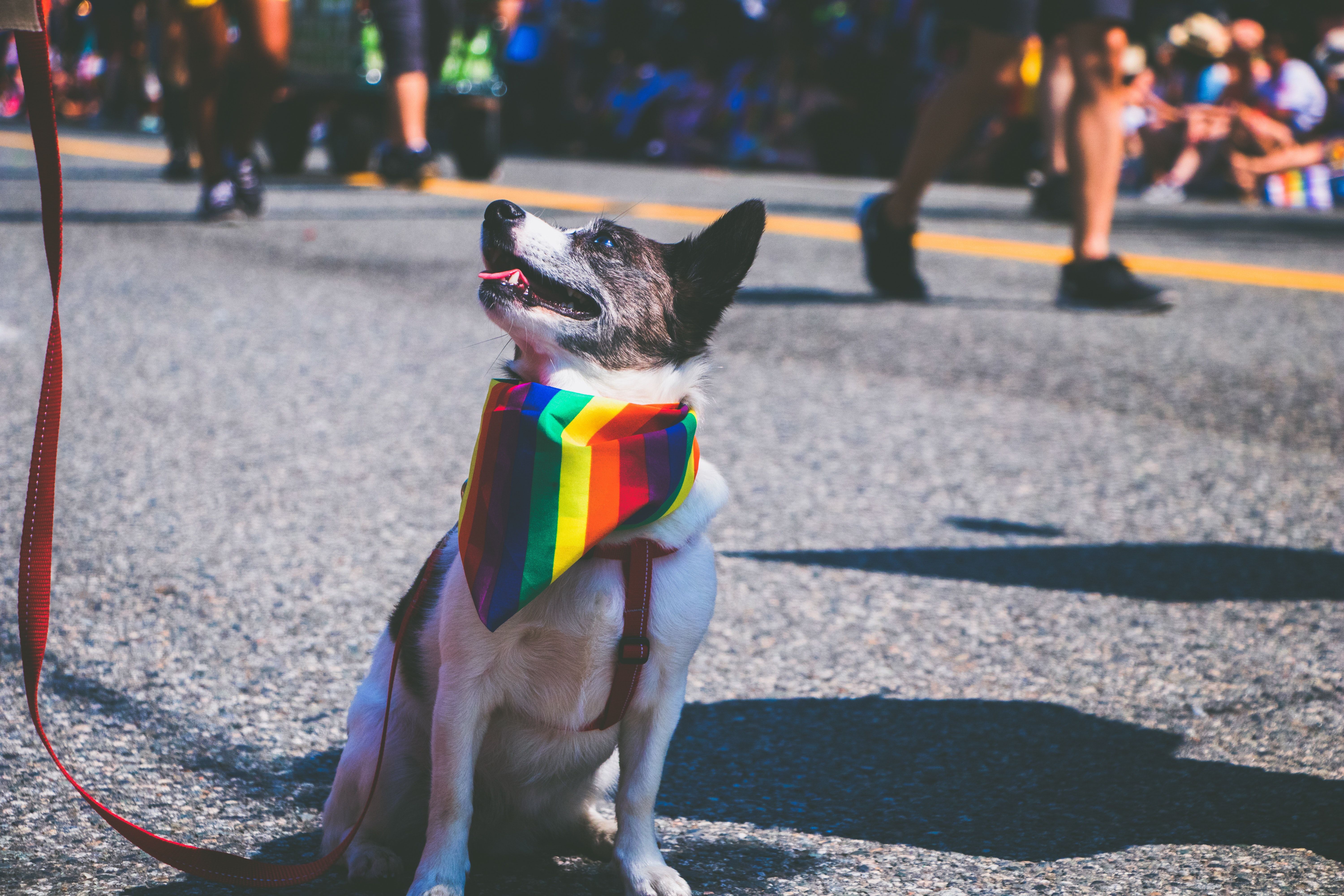 Courtesy of Hamann La, via Pexels

Do you want to reach the LGBTQ people and support LGBTQ organizations outside of your usual annual pride marketing campaign?

Are you needing ideas, statistics, or information to keep your DE&I initiatives fresh now that pride month and pride celebrations are coming to an end?

In this post, we’ll cover tips and strategy for companies when pride month ends – and why it's important to raise awareness throughout the year.

Red oceans are bloody, crowded, and saturated with other predators. Blue oceans, in contrast, are pristine, full of untapped potential, and devoid of competition. Blue oceans are often more profitable and have high-growth opportunities when it comes to market share.

Marketing to and for LGBTQ people and the LGBTQ community in June for pride month is important. But it’s also a red ocean for the month (And it’s a fabulous shade of red, trust me).

In fact – many companies show gay pride with rainbow colors or a rainbow logo only and do nothing else, and the saturation these last few years is actually turning consumers off. Here's what some of the numbers say.

We risk having our stories being too concentrated into pride month, and new numbers back this assertion up.

According to a survey of 10,000 consumers conducted by insights platform DISQO and grassroots LGBTQ organization Do The WeRQ, 27% of consumers said they wanted brands to create less LGBTQ-focused content in June. 🤬

Overly rainbow-washed corporate pride marketing efforts might come off as annoying rather than impactful.

Additionally, companies appear to be having trouble getting in front of older consumers (Or they’re strategically avoiding it). 28.7% of consumers over the age of 65 said they didn’t recall seeing any LGBTQ ads in June, compared to 13% of consumers 18-24 years old and 14% of consumers 25-34 years old.

If we keep slapping consumers as hard as we can in June, and then don’t touch the LGBTQ community with a ten-foot pole for the rest of the year, we risk rainbow washing. Consumers are developing a good nose for performative corporate campaign efforts.

LGBTQ people have $3.7 trillion in buying power, and we aren’t afraid to use it. Additionally, the LGBTQ community has many subsets of sexual orientations and gender identities. Why not appeal to us throughout the year with a variety of campaigns?

Here are three strategies for when pride month ends that companies can leverage to make an impact and seize market share.

Leverage Other Awareness Days Throughout The Year

Most Pride swag drops in May or early June, and the excess has made the commercialization of pride a serious concern. It's also really hard to stick out amidst all the noise.

So when menswear maker Chubbies once dropped an entire pride collection on September 10th to raise awareness for World Suicide Prevention Day, it caught everyone by surprise — and was blue ocean strategy at its finest.

Not only did the campaign shine light on a real issue impacting the LGBTQ community — the fact that queer youth are three times more likely to attempt suicide than their non-queer counterparts — Chubbies used the launch to raise money in a charitable giving arrangement with The Trevor Project.

Most importantly: By releasing the line in September instead of June, they essentially had no competition from their usual retail competitors. Consider using different times of year to spotlight the transgender community, LGBTQ activists, and/or important issues.

Afraid of making a misstep in your language? Don’t be; we need your voice. To ensure your messaging is accurate and respectful, the Gay & Lesbian Alliance Against Defamation (GLAAD) has a media reference guide that you can download for free.

June 2020 saw a burst in anti-racism activism, and many companies are recognizing that putting their position on human rights front and center is important. A company statement on where you stand can go a long way.

I don’t have to wonder where the company stands on gender identity because they lay it all out for me in an overt company statement. When you stick your neck out and express your opinion – even to the disapproval of others – you get our attention, because this risk is what marginalized communities deal with each and every day.

Flashing a pride logo or rainbow flag once a year doesn't have the same engagement effect for LGBTQ people that it used to.

It's important to note here that the LGBTQ experience is highly varied and nuanced. What activist effort looks like currently is supporting transgender people and especially the safety of transgender women.

I tear up a little when I see an image of a couple that looks like me on a billboard or in a commercial, especially outside of the month of June. The continued rise of LGBTQ representation in entertainment (Particularly transgender people – go MJ!) has helped to accelerate year-round visibility.

Software companies are getting the memo, too. Pexels, a free stock photo company, recently tweaked their algorithm to have same-sex couples appear in results for search terms like “couples” or “holding hands”.

This seems small, but is actually a huge step forward for our community. At the end of the day, we don’t want to be on a pedestal all the time; what we really want is to be showcased as normal and part of everyday life, because we are.

Want to get your creative gears turning on other LGBTQ stories and marketing? a selection of past pro-LGBTQ campaigns and commercials (Mostly produced by larger companies or agencies) has been catalogued online for reference.

With most Pride parades in flux because of the pandemic, the doors are wide open to create new virtual campaigns that support LGBTQ people. Get creative, get informed, and don’t be afraid to appeal to us outside gay pride month.

(A version of this post was originally published on Entrepreneur.com in 2020. Copyright 2020 by Entrepreneur Media, Inc. All rights reserved.)